One minute he’s a PR dream (well, kind of), the next a PR disaster 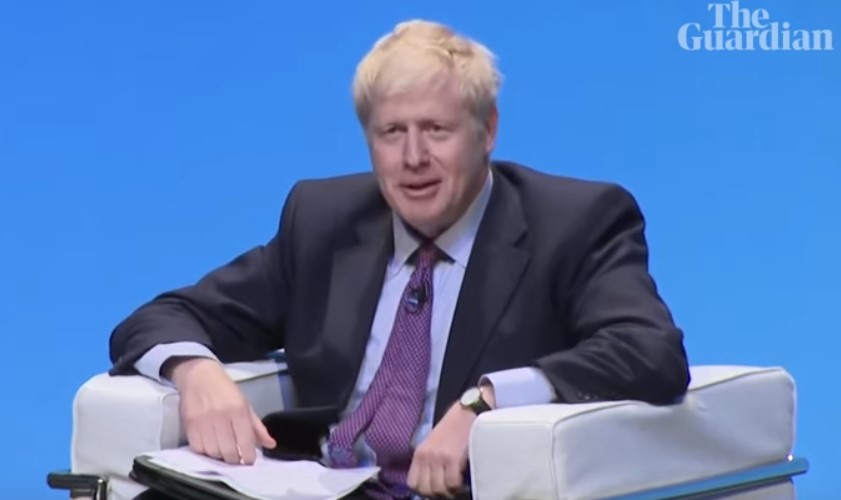 There are two sides to Boris Johnson when it comes to public relations … Boris Jekyll and Boris Hyde.

The fun-loving, bumbling Boris you see with the stunts that go wrong is the Jekyll - the lighter side – never more so than when he was left dangling 20ft in the air during a zip wire stunt at the 2012 Olympics.

But there is a darker Hyde side too with the alleged affairs, the question-dodging over how many children he has and, now, the incident at his girlfriend Carrie Symonds' flat that led to police being called in the early hours of last Friday morning.

Quite rightly he was pushed about that during journalist Ian Dale’s question and answer session in Birmingham on Saturday.

He evaded the question about the incident and his character time and time again, instead talking about the character needed to push Brexit through.

That wasn’t an answer to the question at all, yet what was quite staggering was that the Tory audience then turned on the journalist for the temerity of asking the question again when the answer was so clearly dodged the first time. And it was dodged so obviously and badly.

Ian Dale simply said: “You know as well as I do that there is one subject on everyone’s lips today and they want to know why the police were called to your house in the early hours of Friday morning.”

That was met with a wave of laughter in the hall – which must be disturbing to any right-minded person. The Tory party needs to contemplate its own PR as a whole if they think voters won’t have noticed that response. There is a silent majority in this country who only really ‘shout’ when it comes to casting their vote at General Elections and the ill-fated 2017 election should have been a huge warning shot across the Conservative Party’s bows.

Then he followed it up with nothing but bluster and bluff – but when you’re a Prime Minister you need to be a person of substance who can tackle anything resolutely, calmly and reassuringly with a firm grasp of the facts and the mood of the nation. Boris shows none of this even despite his soaring popularity among Conservative rank and file.

Boris hasn’t denied it so the early morning row must have happened. Why not simply say all couples have their ups and downs – that was a down, a silly argument, but it’s a private matter between them and they are sorting it out.

At least if Boris becomes Prime Minister and it happens again there will be no need to call the police as they’ll be on duty right outside his door.

The truth is the day he reached the final two to become this country’s Prime Minister Boris Johnson went home and got embroiled in a noisy and, it would seem from his girlfriend’s reaction, for her a scary domestic incident.

How Boris’ PR team must have held their heads in their hands yet again and wondered how they were going to get him out of this one.

In the end they haven’t. He evaded the question instead of meeting it head-on with a cleverly-crafted couple of sentences.

Despite that, the Tory audience have immediately brushed it aside with a response that’s not reflected on them well as a party.

What the Conservatives are forgetting in all of this is the vital importance that their new leader has a positive image for the entire country, not just the Tory party. There were clearly other contenders with a far greater mass appeal such Sajid Javid.

Now, it seems, the only person who can beat Boris is Boris himself by self-destructing. And, judging by Friday morning, his finger is hovering worryingly over the trigger and he’s already given it a little push. If he does become Prime Minister then it may turn out he’s already pushed the self-destruct button for the Tory party simply by them electing him.

Their salvation may be that Jeremy Corbyn has a similarly low standing among the country’s mainstream voters too … arguably even lower.

But the irony of all this is that Boris’ girlfriend is a PR expert – a top Tory ‘spin doctor’ no less.

This all fits neatly into the pigeon hole marked: “You can’t make it up.”