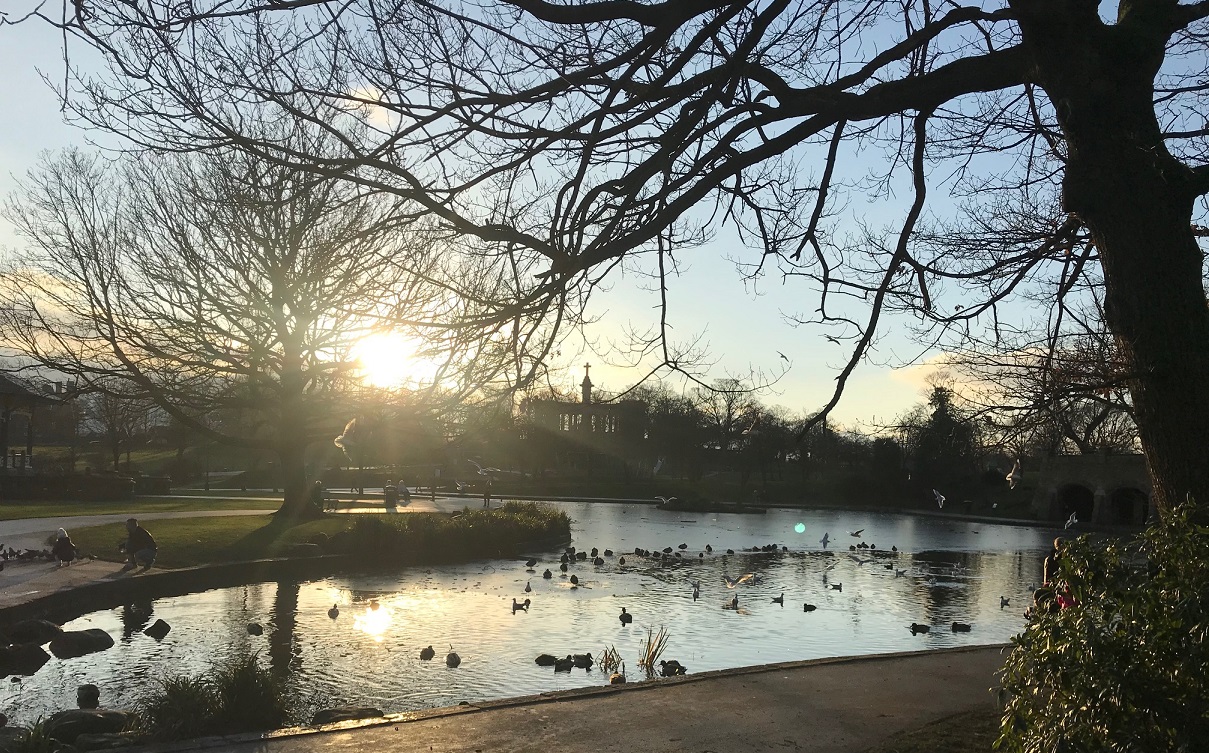 Greenhead Park in the low winter sun in January 2021, helping to make it one of the best places to live in the UK

Huddersfield has just been rated the second worst place to live in a website survey … but just what is that ‘poll’?

Well, it’s nothing more than a few comments from folk who appear to be wannabe Viz writers and, sad to break it to them, none are quite making the grade when it comes to their thoughts on Huddersfield.

The website www.ilivehere.co.uk is the ultimate in click bait – stuffed full of even more clickbait adverts. It claims “a staggering 125,681 visitors voted for their worst place to live in England 2021, smashing our previous year” but then doesn’t say how many voted for which places despite coming up with a top 10 that are almost exclusively in the north of England.

Looks like the website has been set up so people across the country can give the place they live (or perhaps a rival town they don’t like) a real verbal kicking so it’s to be read with a sackful of salt rather than a mere pinch.

Trouble is, its results are reported in the media when it’s nothing more than a few comments from … well, that’s just it, who knows? No names on any of them. Huddersfield has made number 2, seemingly on the basis of 5 anonymous comments.

So, when it comes to the worst of the top 10 worst surveys my vote’s solidly with ilivehere.co.uk. It’s a sure-fire winner and should be renamed ihateithere.co.uk. It’s a place where vitriol and a wicked sense of humour combine to form cliché-riddled rants such as this one on Huddersfield.

“There’s nothing but pound shops and a few coffee shops. It’s polluted, unclean and full of idiots. It’s a horrible place to live.”

So, while we’re making sweeping absurd claims, here’s my take on the typical ilivehere writer: “Frustrated keyboard coward desperate to criticise anything by spewing forth bile laced with self-congratulating humour. Admire how they smile inanely to themselves while lost in their moment of smug nonsense.”

As ilivehere is all about being negative I won’t mention anything positive about Huddersfield such as its magnificent countryside, Huddersfield Town FC, Huddersfield Choral Society, its fantastic pubs, micro breweries and great restaurants, its charities, sense of community spirit (just think of the Huddersfield Examiner’s Community Awards), world-leading technology, Huddersfield University, Huddersfield Narrow Canal, Simon Armitage or Jodie Whittaker. And that’s just for starters.

No, best not mention them.