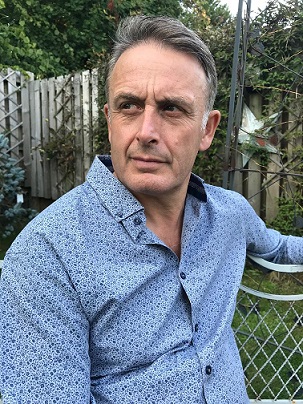 Andy Hirst from AH! PR is now number one on Google when you search ‘freelance journalist Yorkshire.’

Andy, who used to be Head of Content on The Huddersfield Daily Examiner and its website which is now Yorkshire Live, has stories published in the media every week ranging from nationals such as the Daily Mirror, regional with Yorkshire Live or the Yorkshire Post and local with the Huddersfield Hub positive news website.

Over the last year he has also written for trade publications such as Hospitality and Events North magazine.

Andy was commissioned to write most of a regional business news magazine by Reach PLC (the company which runs dozens of media titles nationwide including the Daily Mirror). The publication profiled the top 100 companies in Kirklees, an area which covers both Huddersfield and Kirklees.

News releases Andy has written for clients have been published in dozens of newspapers, websites and trade magazines nationwide.

In recent months his writing skills have helped an award-winning chef, an inspiring Manchester artist and a magician who had sell-out shows after a couple of news releases Andy wrote about him were published.

AH! PR has a strong sense of social conscience and social responsibility. The stories Andy writes for Huddersfield Hub are all voluntary and usually profile charities, community groups and good causes to raise their profile by giving them publicity.

Andy is web editor for Huddersfield Civic Society – an organisation which champions the town’s heritage, culture and architecture – and also does all the PR for Huddersfield charity Ruddi’s Retreat which provides free holidays for families with children with serious illnesses, life-limiting conditions or have been bereaved.

Andy said: “I think everyone has a story to tell and one of the great kicks about what I do is to get much-needed publicity for people who really deserve it.

“There are some great journalists in Yorkshire so to make it to number one on Google for the region is a great honour.”

During his career in journalism Andy has reported on just about everything you could think of including crime, local government, breaking news, charities, community news, theatre reviews, food reviews, the arts … the list really is endless.

Anyone needing the service of a freelance journalist can call Andy direct on 07985 654822.