A Yorkshire freelance journalist, copywriter and blogger is voluntarily helping one of Huddersfield’s most-loved charities.

Andy Hirst, who founded AH! PR after a long career in journalism, stepped in to help when Ruddi’s Retreat revealed it needed its website content updating – but had no-one who could do it.

The charity, based in Slaithwaite, Huddersfield, provides holidays for families suffering from the impact and after effects of cancer treatment, life-limiting illnesses or bereavement. Many would otherwise be unable to afford a holiday.

The breaks are in caravans owned by the charity at the Primrose Valley Caravan Park in Filey. Ruddi’s also runs Gwennie’s Getaways which provides short-term breaks at the caravans to people with Alzheimer’s and other types of dementia, along with their family or carers. 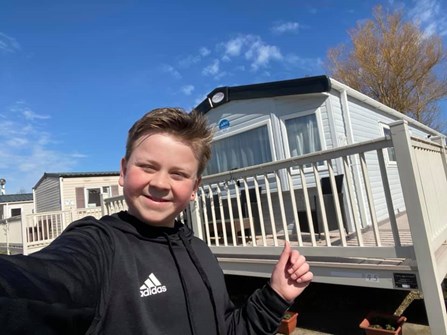 Andy, former Head of Content at The Huddersfield Examiner, is helping both Ruddi’s and Gwennie’s.

He said: “I’ve know about Ruddi’s Retreat for a long time and recently wrote a feature on them for news website Huddersfield Hub (https://huddersfieldhub.co.uk/) about how it had been such a tough financial time for them during Covid. Ali Waterworth, who founded Ruddi’s, said the website really needed updating but there was no-one who could really sort the content out so I offered to step in to help.”

Andy quickly learned how to manage the website’s content management system and has now brought it fully up-to-date using keywords and search engine optimisation while adding in lots of information about fundraisers and grant-making organisations that have helped Ruddi’s.

He now manages the website’s entire content management system – a role he does for several business clients – alongside writing all its news and press releases.

Andy said: “The charity makes such a difference to so many lives by helping others so when it needed help itself I was only too glad to pitch in. It costs a lot of money just to run and operate the caravans each year so every penny really does count.”

Ali said: “Having known Andy for a long while through my work as a charity founder I have never had the pleasure of actually working with him until now.

“My website needed a lot of attention to bring it up to date. Andy undertook this work in a very friendly and helpful manner. He has been professional all the way through and has ensured the brief given was followed.” 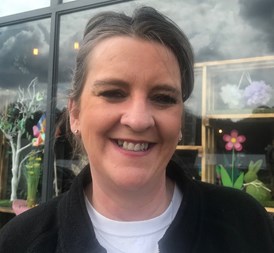 Ruddi’s Retreat is named after Ali’s son, Ruddi, who was diagnosed with a rare form of cancer when he was just six months old. During the two years Ruddi battled through intensive treatment including chemotherapy, the children’s cancer charity Candlelighters gave Ruddi and his family a week’s holiday at Primrose Valley Caravan Park in Filey.

Ruddi took his first steps there and it gave his family the chance to spend some special time together. Ali decided other families should also have that same opportunity so she set up Ruddi’s Retreat which meant others could go to the caravan park for a badly needed break.

The charity now owns four caravans on the site and has helped more than 1,000 families over the last 10 years.

One family who went to the caravan last August after losing a child to cancer when she was just six wrote: “Ruddi’s Retreat gave us some much-needed time away, finding our feet as a family of four instead of five. It was emotional and we missed her so much but it was so lovely to see her sister and brother having fun which they really deserved after a heart-breaking couple of years.”

In June 2021 Ruddi’s Retreat was awarded The Queen’s Award for Voluntary Service, the highest accolade a charity can get as it’s the Queen’s way of recognising outstanding work by volunteer groups who benefit their local communities. Sarah, The Duchess of York, became Ruddi’s Retreat patron this summer.

One of the main sources of funding for Ruddi’s comes from its new shop in the centre of Slaithwaite where it sells everything from afternoon teas to sweets and bespoke chocolate cakes.

To see its full range go to https://ruddis.myshopify.com/