Andy Hirst from AH! PR has been praised for the quality of his event script-writing and hosting … and his skills helped to make the event a sell-out.

The freelance journalist from Huddersfield was commissioned to host the first Kirklees, Diversity, Equality and Innovation Conference and Awards.

This also involved writing news releases to publicise the event both before and after and write the scripts both for the conference and awards which were held on the same day.

The event’s overall organiser was the Cool Breeze Agency run by Katie Isaacson who had previously worked for media giant Reach PLC and has more than 20 years’ experience in events from awards ceremonies and exhibitions, corporate and sporting events to fashion shows, virtual and hybrid events. 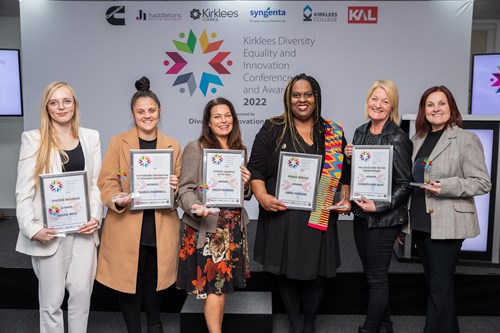 She said Andy was the natural choice for the event after he had written all the scripts for the Huddersfield Examiner Community Awards for 21 years and co-hosted them for many years alongside ITN newsreader Nina Hossain.

She said: “Andy was a great asset to the first Kirklees, Diversity, Equality and Innovation Conference and Awards. He produced a series of press releases to promote the event, as well writing the event script and hosting the conference and awards.

“His experience and professional relationships were a huge benefit to the event, ultimately generating more press coverage than we could have anticipated leading to a good number of entries and a sell-out event.

“Having Andy host the event meant we were in very safe hands as he expertly chaired panel discussions and hosted the awards ceremony. Andy is great to work with, going above and beyond to support the event. I wouldn’t hesitate to recommend working with AH! PR.” 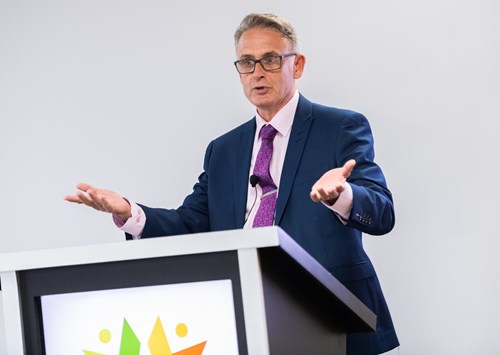 The awards were the culmination of a day-long event at Kirklees College in Huddersfield which started with a conference where two panels chaired by Andy answered questions about diversity, equality and innovation.

One of the winners was an inspirational young woman who has led anti-knife crime and other community projects in Kirklees such as a food bank for the vulnerable, elderly and people in need.

Tanisha Bramwell, 27, won the award for Outstanding Contribution to Inclusion and Diversity.

The awards can be seen on the event’s website  www.kirkleesdiversityandinnovation.com