It began with nine men at one group just five years ago ... and now gives a lifeline to hundreds of men struggling with their mental health across the UK every week.

Andy’s Man Club was set up after the tragic death of a young dad in Halifax and the first ones were set up in Halifax and Huddersfield but there are now 45 from Scotland to Plymouth and from south Wales to Hull with 736 men attending nationwide last week.

All the groups meet at 7pm every Monday and Huddersfield has one of the youngest group leaders – known as a facilitator – in 22-year-old Alistair Watkinson and you can read his full story below.

The charity is called Andy’s Man Club after 23-year-old Andy Roberts from Halifax, a doting father and ‘top guy’ who suddenly took his own life one Monday night in April 2016. 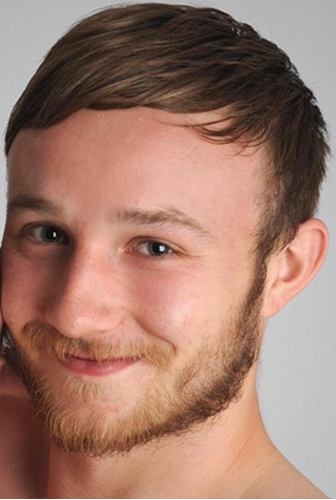 His family learned about the tragedy the next morning and were left totally distraught as there were no signs at all that Andy was having suicidal thoughts. They later discovered that a man takes his life in the UK every two hours and it’s often said a factor is that men simply don’t talk about the mental health struggles they are going through.

Andy’s Man Club (AMC) was set up to break down these stigmas to get men talking. Its motto is quite simple: It’s OK To Talk but it takes courage for men to walk through the club’s doors for that first time.

The support they will get is incredible from men who have been through similar experiences which is why AMC has grown so rapidly. It began with just nine men at the first meeting in Halifax and now hundreds of men meet across the country in cafes, hotels or hired halls – and the venues in Huddersfield are at the Cedar Court Hotel at Ainley Top and at the Global Diversity coffee shop at 9 Ramsden Street opposite Huddersfield Town Hall in Huddersfield town centre.

The meetings are face-to-face but with social distancing, masks and hand sanitiser.

Although the group sessions had to go online in the first lockdown, they remained open during the second as AMC is seen as a life-saving organisation. 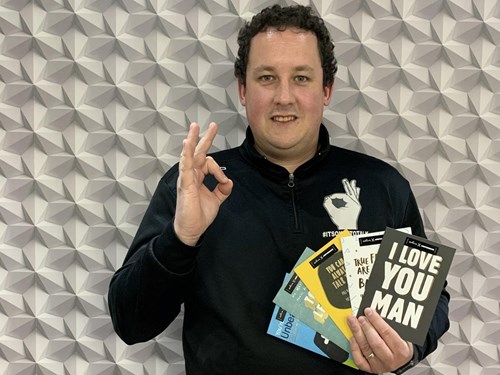 AMC’s project development champion Andrew Greenway said: “Nobody really likes Mondays and for some reason most suicide attempts happen on Mondays so we made the decision that every Andy’s Man Club in the country meets on a Monday evening to turn it from the worst day of the week into one where they can talk about their feelings and, hopefully, leave feeling more upbeat.”

Men aged from 18 upwards can just turn up on the night and the group sits in the circle with the facilitator asking five questions every week – and three of them are always the same. Everyone has the chance to answer them – or not, if they prefer. There is no pressure at all to speak.

The three questions asked every week are:

How has your week been?

Name one positive from your week?

Is there anything you want to get off your chest?

There are always a couple of other questions too to get the men chatting such as the best joke they’ve heard that week or the music they’ve been listening to and why.

Although AMC organises the meetings, the men are encouraged to see one another at other times of the week if they want to keep that support network going. Some play 5-a-side, others have set up coffee clubs, a few go mountain biking.

Andrew said: “What they form is more than friendship – it goes deeper than that and the word ‘brotherhood’ is used quite frequently. They have seen one another in dark places mentally and watched as they’ve opened up and started talking. All this forges a very strong bond.” 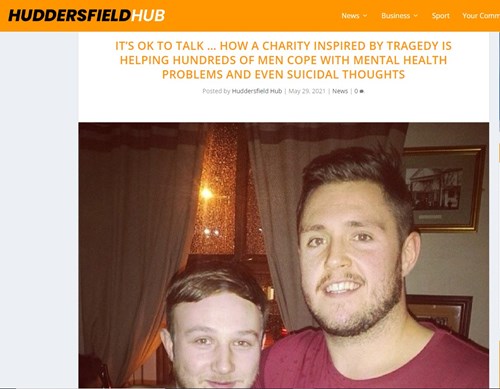 The former Ireland and Leeds Rhinos player said: “After losing Andy there was a lot of anger, and confusion. What could we have done differently? It sparked the need to stop other families going through what we went through. Andy didn’t talk. Maybe if he had, he would still be here.”

Luke added: “Men don’t talk for three reasons. They feel a burden, that it’s a weakness or they’re embarrassed. But it takes a stronger person to say how you’re feeling. To have the confidence to say ‘I have a problem, and I’m struggling in life’. To say that’s weak, well it’s a load of tosh.

“I’ve never met anybody who isn’t either going through a storm, recovering from one or facing one. You are never a burden on anybody.”

Builder Alistair Watkinson is just 22 and one of Andy’s Man Club’s youngest group facilitators. He runs the Huddersfield group at the Cedar Court Hotel at Ainley Top and this is his story as told to Andy’s Man Club member Andy Duckworth.

“I’ve really struggled with my mental health for quite a few years and it reached a point where I’d attempted suicide. I started seeing a counsellor after that, but that wasn’t successful. I got my life a bit back on track and ended up re-lapsing and trying again for a second time. That was August 2019.

“It was from that point on that I started seeing the counsellor again for trauma therapy. It was my mum who persuaded me to go to AMC. I was absolutely terrified to begin with. She told me about it but I didn’t think it was at all for me. Luckily, I had a really good friend who offered to come with me at first, just for a bit of support so I wasn’t on my own. He stuck it out for about three months until I felt comfortable and started making some friends.

“For me, AMC is always going to be the best thing I’ve done. I’ve done other therapies but AMC is always going to be in the lead. I’m a very outgoing, social person and it’s a room full of blokes all going through the same stuff. So, for me, being in that environment with other people who are struggling – with similar stories as to how they’ve coped in the past – it’s the most settling thing for me.

“It’s good to feel like I’m not battling these things on my own. Since joining, I can talk to absolutely anybody about my struggles now. It’s really opened the door to me being able to speak about it comfortably.”