A Huddersfield charity is now helping grieving children who have lost parents to the Covid pandemic.

Ruddi’s Retreat is based in the Colne Valley and provides free caravan holidays to families with young children who have been affected by serious illnesses such as cancer, have life-limiting illnesses or have suffered bereavement.

The charity’s founder, Ali Waterworth, has revealed that many families using the four caravans on the east Yorkshire coast this summer have lost someone to coronavirus.

She said: “We’ve had so many applications from people who have lost a loved one – usually a parent – to Covid. It’s just so heart-breaking. This pandemic has caused such sadness within our community.” 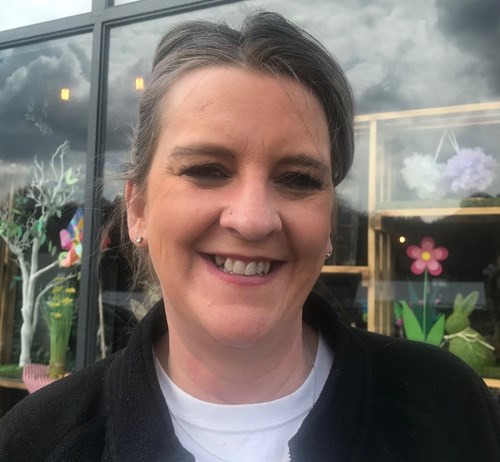 Ruddi’s Retreat (https://www.ruddisretreat.org/) has been through an exceptionally tough time during the pandemic and at one stage Ali feared they would have to sell one of their caravans just to make ends meet.

Ruddi’s has a landmark café specialising in homemade cakes and afternoon teas in the centre of Slaithwaite which opened last June after they moved from their previous base on Manchester Road at Linthwaite.

The charity had no money coming in and within weeks of the first lockdown starting in March 2020 things started to look dire.

Ali said: “We realised we had to think of something quickly to bring money in – the last thing we wanted to do was to lose one of our caravans.”

So she started selling sweets online which brought in just enough income to keep them going.

And it’s lucky they did for the four caravans on the five-star Primrose Valley Haven caravan site at Filey are fully booked up for the six-week summer holidays.

Since Ruddi’s Retreat was set up 10 years ago it has provided free holidays to about 700 families. Around 80% of them are from the Huddersfield area but the charity also helps families nationwide.

Once the families are at the caravans the charity also provides them with a free family pass for all the entertainment on the complex along with bedding and towels.

Ali said: “It’s all about these families having quality time together – some have been through terrible traumas.”

One family who went to the caravan last August after losing a child to cancer when she was just six wrote: “Ruddi’s Retreat gave us some much needed time away, finding our feet as a family of four instead of five. It was emotional and we missed her so much but it was so lovely to see her sister and brother having fun which they really deserved after a heart-breaking couple of years.”

Another family wrote: “We all had an amazing week. It’s what we all needed after losing two family members within 32 days of each other. It bought us closer and we just spent some quality time together.” 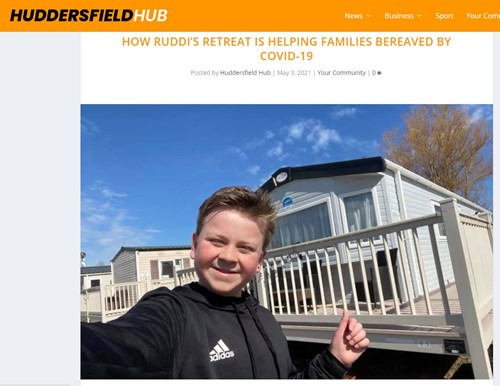 How this story appeared on the Huddersfield Hub website

The fundraising is endless. The charity has clothes banks all over Huddersfield and the café was very popular when it opened last summer and has been doing takeaways during the recent lockdown.

One person who is absolutely committed to doing fundraising for Ruddi’s Retreat is 26-year-old Tom O’Neill from Crosland Moor who did 10,000 steps a day in March – he actually did way over that – to raise just over £1,000.

“Tom’s an absolute star,” said Ali. “He’ll do anything for the charity and is always keen to help us when we are putting on events. He has a heart of gold.”

The four caravans at Filey are named after Ali’s son Ruddi, 12, and three daughters Jade, 32, Ellys, 23 and six-year-old Gwennie.

All the caravans are in a row at Primrose Valley and the most recent one, Jade, was bought in October 2019 by the Huddersfield Town Pedal 4 Pounds fundraising cycle marathon. This caravan is completely adapted for wheelchair uses and includes a wet room and hoist. 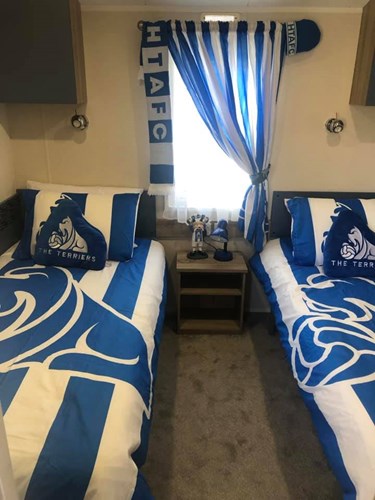 Ali is now optimistic about the future, especially as the café can fully reopen on May 17.

She said: “We’ve had some incredibly loyal customers during lockdown and we’d love to thank them all from the bottom of our hearts for their support.

“We’ve realised we are unique with our homemade cakes – we do any flavour you can think of or will make it specially for you – our afternoon teas and our signature food bouquets which are food and treats in a flower design and range from chocolate to continental meats and cheeses.”

Why the charity is called Ruddi’s Retreat

Ali’s son, Ruddi, was diagnosed with a rare form of cancer when he was just six months old.

During the two years Ruddi battled through intensive treatment including chemotherapy, the children’s cancer charity Candlelighters gave Ruddi and his family a week’s holiday at Primrose Valley Caravan Park in Filey.

Ruddi took his first steps there and it gave his family the chance to spend some special time together.

Ali decided other families should also have that opportunity so she set up Ruddi’s Retreat which meant others could go to the caravan park for a badly needed break. Many who go there would otherwise struggle to afford a holiday. 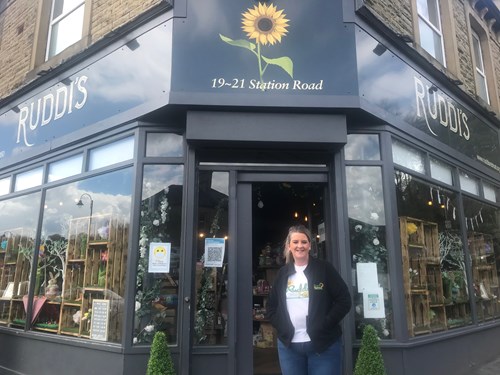 How you can help Ruddi’s Retreat

Hold fundraising events and to find out more on this please go to https://www.ruddisretreat.org/fundraise-for-us/

The charity can be emailed at ruddisretreat@gmail.com